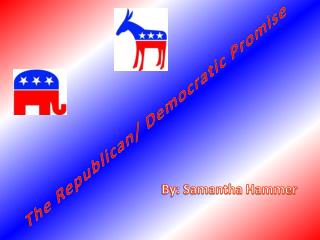 The Republican/ Democratic Promise. By: Samantha Hammer. Background. Information. Cartoon Ridiculing the two main political groups of the day. Made in 2004, by a student, for the school paper. Title helps to aid the basis of the ridicule. Audience. Who is the audience for this cartoon?. The Iceman Otzi - . introduction. otzi is a well-preserved natural mummy of a chalcolithic (copper age) man from about