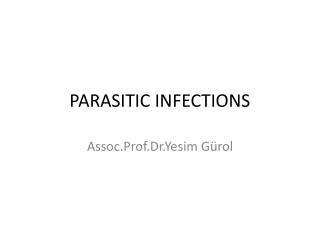 Immunity to microbes (mechanisms of defense against viral, parasitic and fungal infections) - . goal. to understand basic

Stromectol: Boost for Fight to Rid of River Blindness - Stromectol medication is use to treat certain parasitic roundworm

Parasites - . what is a parasite?. parasitism is a type of symbiotic relationship between two different organisms. the