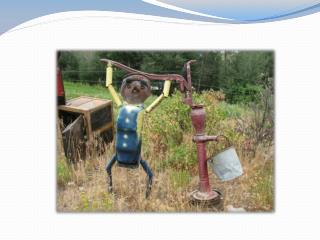 Earth Science Chapter 18.1 – Water in the Atmosphere. Ag Earth Science – Chapter 18.1. 18 .1 Vocabulary. precipitation. Any form of water that falls from a cloud. latent heat. The energy absorbed or released during a change in state. evaporation.

Water &amp; Watersheds - . water may seem abundant to us but globally is it rare . about 97.5% of the water on the

Ecology - . what is a biosphere?. the part of the earth that supports living organisms includes the topmost crust, the

Chapter 5 : Ecosystems and the Physical Environment - . the atmosphere.