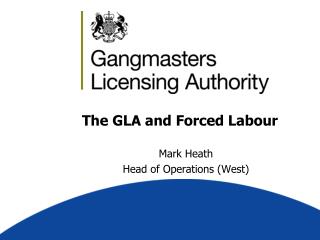 The GLA and Forced Labour The GLA and Forced Labour

What Did the Labour Government do? - . 1945-51. beveridge report. william beveridge – economist and social reformer.

The Role of Labour Market Changes in the Slowdown of European Productivity Growth - . ian dew-becker and robert j. gordon