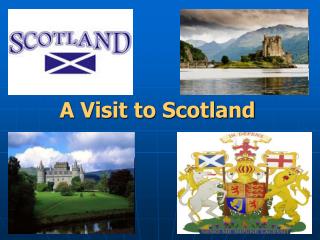 A Visit to Scotland A Visit to Scotland. He who has not seen Scotland, does not really know Great Britain. Geographical position of Scotland. Scotland is the most northern of the countries that constitute the UK.

A Visit to Scotland 5 of the Worst Places to Lose Your Keys in Scotland - There really is no good place in scotland to lose your car keys. we

A SUMMER IN SCOTLAND - . scotland’s map. we will tour around scotland will see some beautiful sites to visit mui,

Welcome to our Scotland! - . we hope virtual journey helps you discover and enjoy scotland. it is a land where history,

AbilityNet (Scotland) - . welcome to this morning's session, hosted by craig mill from abilitynet scotland. who is

Let’s Learn About Scotland - . www.flags.net/scot.htm. where is scotland?. map of scotland. staff.psy.gla.ac.uk/