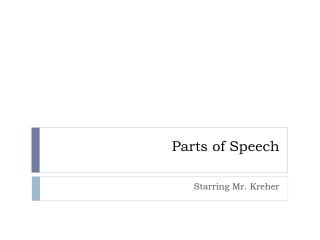 The Speech Mechanism - . speech is an overlaid function there are no organs whose primary function is to produce speech

Farewell Speech - . deliver a speech in which you say farewell to public speaking. this speech will count as 70% of your

Chapter 2 Speech Sounds - . introduction. speech and writing are two media for language. speech is prior to writing, so

Parts of the Microscope and Their Function - . rules of using a microscope. always carry with 2 hands only use lens paper