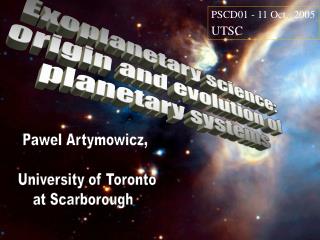 a Department of Physics and Institute for Optical Sciences, University of Toronto, Toronto, Canada - Applications of

Planetary Dynamics: Chaos &amp; Cleanup - . from observations of our own and other systems we know: secular

Planetary Postcard - . pretend you are a tourist vacationing on another planet and you are writing to your friends and

Planetary Magnetism - . how crucial is a planet’s magnetic field?. relative sizes of earth and mars. shape of their

Bronfenbrenner and the Ecological Systems Theory - . by haylea brewer. the individual

Best Things To Do In Toronto With Friends - Toronto is home to over 2.5 million people and it's a major tourist