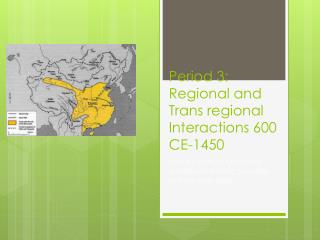 The Middle Ages and the Early Modern Period Changes and Continuities - . europe‘s position in the world. europe during

Warm Up - . what caused/accounted for the spread of buddhism along the silk road? what made silk such a highly desired

Interregional Networks and Contacts: The Silk Road - . inquiry questions:. (be prepared to answer these as the lesson