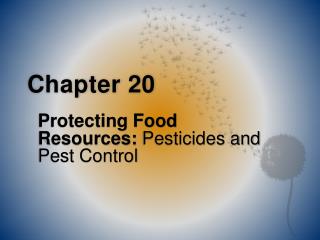 Chapter 20. Protecting Food Resources: Pesticides and Pest Control. Rachel Carson was a scientist who wrote Silent Spring in 1962. It addressed the growing use of pesticides (DDT) and their unpredicted effects on song birds.