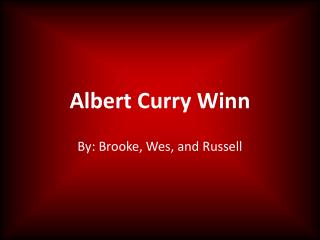 Josh Winn - Models for the eclipses of the t tauri star kh 15d: occultation mapping of a pre-main-sequence star. josh

A little knowledge is a dangerous thing. So is a lot. Albert Einstein - . population dynamics . focus on births (b)

Overview of Behavior Analysis: What On Earth is THAT? - . presented by ken winn area behavior analyst suncoast region.

Me and My Hero: Albert Einstein - . by eric