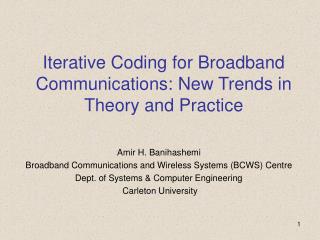 From Theory to Practice - . advanced topics in homelessness. who are we?. presented by training &amp; development

Quality of Service in the Internet Theory and Practice - . geoff huston. acknowledgment and thanks. to fred baker and

A Modern Tool for Approximative Queueing Analysis: Theory and Practice - Acm sigmetrics 2010. a modern tool for

Chapter 2 Iterative Techniques in Matrix Algebra - . in this chapter, we present iterative methods to solve a system of n