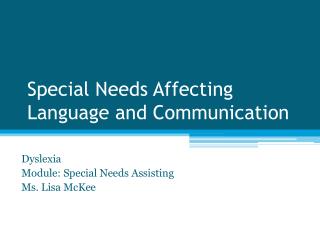 Language and Thought - . its all about communication!!!. language. our spoken written or gestured words and the way we

How is language originated? - . gestural language and vocal language depend on similar neural systems. nonhuman primates

Communication and Language, try #2: The Birds and the Bees - . september 14, 2012. questions. what’s the difference

Communication and Disability - . speech and language therapy joint training 2008. aims of today’s session. what is

Language Contact - . presented by michael l. friesner august 6, 2007. thank you to gillian sankoff for sending me her ppt