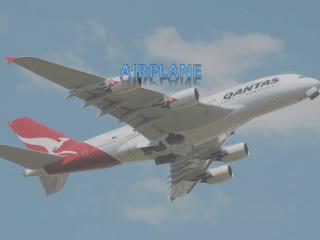 Airplane - . we have been discussing the “scientific method.” it is a way of figuring things out. now we will focus

The Airplane - . reference. from the ground up chapter 1: the airplane pages 3 - 14. outline. airplane and parts

PAPER AIRPLANE - . folding instructions. #2 turn down top corners. #1 fold in half lengthwise. #3 fold point down to

Airplane Factory - . practicing the agile concepts. airplane factory. f.a.q. what is this? a game to help people to

Model Airplane Engine - You'll find advancements throughout each and every subject on the lifetime. no one would have

Airplane Evolution Lab - . objective:. to determine how mutations can affect the survival rate of a species. materials. 3

Airplane Charter Services - Are setting new trends in terms of unmatched quality of services and facilities they offer.