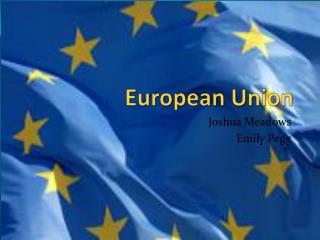 THE EUROPEAN UNION (EU) - . aurélien mazuy, pascaline winand and caitlin gheller . who i am. cześć !. hola !.

What is ATEX ? - . the european regulatory f ramework for m anufacture, i nstallation and use of equipment in explosive

History of the European Union - . the united states of europe. is a dream held by many different historical and political