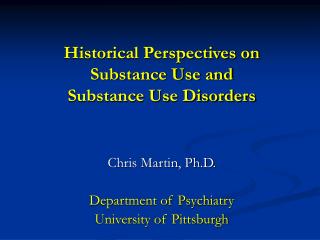 Historical Perspectives on Substance Use and Substance Use Disorders. Chris Martin, Ph.D. Department of Psychiatry University of Pittsburgh. History of Substance Abuse. Humans have been using alcohol and marijuana for at least 10,000 years The Mole SI base unit for amount of substance - . use mole and molar mass to make conversions among moles, mass, and

Mereotopologies: Fiat and Bona Fide Boundaries - . a substance has a complete physical boundary. the latter is a special

Employment rights of people with hiv/aids, viral hepatitis, and/or substance use disorders - . presented by legal action