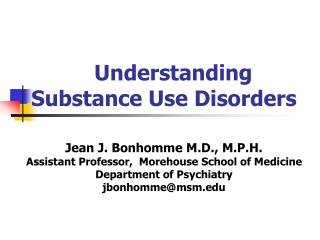 Co-occurring Substance Use and Mental Disorders in Adolescents: Integrating Approaches for Assessment and Treatment of