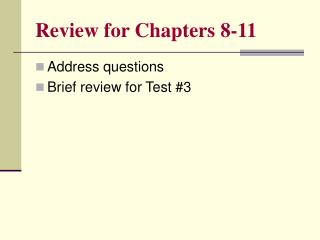 Review for Chapters 8-11. Address questions Brief review for Test #3. Chapter 8. HRM in the Host Country Context. Major issues and concepts. To balance the need for standardization ( consistency) and the need for adaptation

Chapters 26 and 27 - . note organizer. a clash of interests. after world war ii, the united states and the soviet union

Pre Calc Chapters 5 and 6 - . trigonometric functions of real numbers. the unit circle—5.1. q: what do you get if you