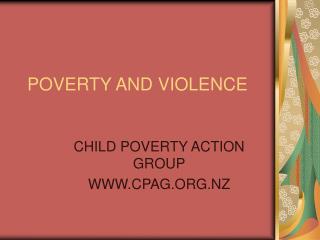 Children and Poverty - . family sociology. thinking about poverty. what percentage of the population is poor? what

Poverty and Education - . poverty and education. does improved household economic security lead to an improvement in

POVERTY AND WEALTH - . what is happening in this picture?. justice in the world :. lesson objective: be able to explain

Poverty and Prostitution - . causes of prostitution. lack of employment opportunities. . devaluation of the girl child

Gender and Poverty - . a mother picks her children up from day care; the single mother of two is struggling to make ends

Population and Poverty - . mr. henry ap economics. census. is an official count of all people living in the u.s.

Poverty And Homelessness - . what is poverty?. poverty is the lack of essential items needed to support the basic needs

Poverty and Politics - . 1. review : what is the difference between partisan and bipartisan mean? you can draw

Pollution and Poverty - . land pollution . every year americans produce over 3285 pounds of hazardous waste every day

Poverty and Microloans - . hyeona im kevin ding katie russell. do you know? . at least of humanity lives on less than $10

Children and Poverty - . introduction to family studies. thinking about poverty. what percentage of the population is

Poverty and Immigration - . current issues. poverty. in 2003, 12.5% of americans were living below the poverty line.

Wealth and Poverty - . christian teachings on wealth christians believe that wealth can be used for good (charity) or for