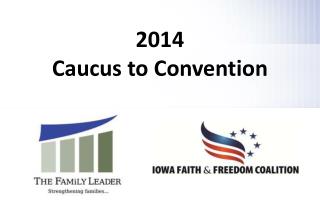 Precinct Caucus Training - . how you can become the voice of hundreds of others. all politics is local. -tip

The Iowa Caucus - . john ainsley february 1, 2012. the importance of iowa. first state in the country to have a caucus or

The Iowa Caucus - . what is a caucus?. a caucus is a gathering of group members who meet to discuss issues of the group's