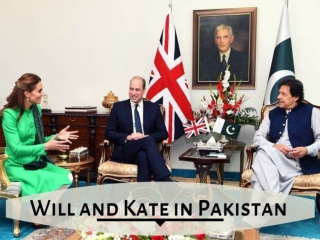 Prince William and wife Catherine highlighted the UK's 'unique bonds' with Pakistan during a five-day visit to the South Asian nation, the first trip by a British royal family member in more than a decade. Kate and William - Prince william and kate middleton met in 2001. the pair met when the two were students at st. andrews

Kate - Secret life of a lion. my ten year goal is to get into a good college live a happy life and travel the world. .

Cinemas And Movies In Pakistan! - The year of 2014 was a wonderful year for pakistan filmmakers. the country has been

Procedure Of Divorce In Pakistan / Advocate In Pakistan - Divorce is a legal right of women in islam and pakistan. so if

IELTS in Pakistan | Best IELTS Trainer In Pakistan - The ielts has become one of the most preferred proficiency tests,

Will Pakistan become the most dangerous country in the world? - . a presentation to the alaska world affairs council,

Hotels in Pakistan - We provide best deals for hotels in pakistan - up to 59% off. search and review from our database of

EIA in Pakistan - . brief background and history of the national eia system. it started with the promulgation of

Kaspersky in Pakistan - Gsni is the silver partner of kaspersky in pakistan for more details visit:

Fortinet in Pakistan - Fortigate reduces complexity with automated visibility into applications, users and network and