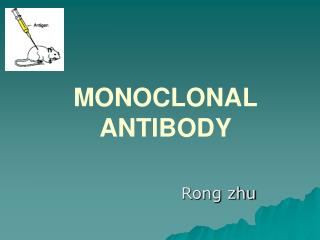 MONOCLONAL ANTIBODY. Rong zhu. The Nobel Prize in Physiology or Medicine 1984. For theories concerning the specificity in development and control of the immune system and the discovery of the principle for production of monoclonal antibodies. Niels K. Jerne Monoclonal Antibody - It includes its production, work, examples side effect, interaction and

What In the World Is a Monoclonal Antibody? - . antibodies x antigens. antibodies . polyclonal . monoclonal . individual