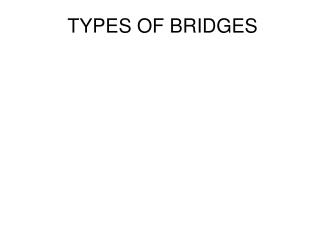 TYPES OF BRIDGES. BEAM BRIDGE. The beam type is the simplest type of bridge. The beam bridge could be anything as simple as a plank of wood to a complex structure. It is made of two or more supports which hold up a beam. ARCH BRIDGE.

Got Geoboards? - . they are not just for geometry!!. september 2011 math in-service. geoboards -- agenda. types of

TYPES OF COMMUNICATION - . mahesh baldaniya aaee004. defination of communication. communication can be defined as the

What are the types of shell structures? - . and how do they work?. a shell is shaped so that it responds to loading