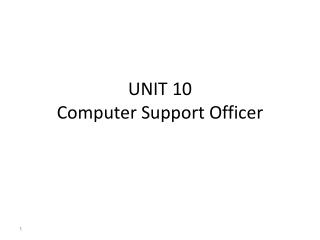 K-9 Unit Officer Careers - . requirements. the requirements that are needed to become a k-9 officer are the same as the

Unit 1: Computer Basics - . computer applications. what makes a computer a computer?. a computer is an electronic device