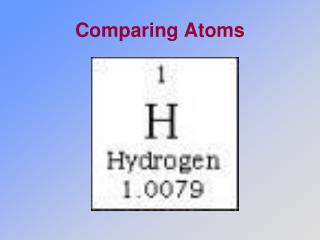 Chemical Reactions - . midway middle school. how do we know that matter is composed of atoms?. atoms are the building

Matter, Atoms, Elements - . a chemistry review. what’s matter?. matter is anything that has mass and volume mass is

Atoms - . atoms are the building blocks for the whole universe. physical substances are composed of matter. matter is

Chapter 4: ATOMS - . section 2: the structure of atoms. bellringer. atoms are very small, and they are made up of even

3.3: Counting Atoms - . how do i count and calculate the mass of atoms?. counting atoms. atoms are far too small to be

Structure of Atoms - . szymanski 8.5a. 8.5a describe the structure of atoms. atom : smallest unit of matter even smaller

Atoms and Ions - . discovery of atomic structure. atoms – the building blocks. all substances are made from very tiny

The Periodic Table - . what it says how to read it. atoms. hopefully you have already seen the atoms slide show briefly,

On the Nature of Things - . motion of atoms. weight of atoms causes them to naturally move downward (ii, 190). all atoms