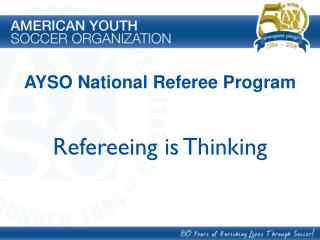 Refereeing is Thinking. Why are we here?. To learn practical techniques… To manage the older players’ game… For maximum safety and enjoyment!. Some Principles. The game is for the players Referees should adjust management to deliver what the players need

Seminar VIII Communication Skills III Questioning - . ron welch. why use questioning?. get students engaged with the

Refereeing The Ruck AARQ - QSRR - . refereeing the ruck agenda. importance to the game the gate the ruck communication

Decision-Making Techniques - . by: james delk. what are decision-making

How are papers accepted for publication? The Peer review process - . who should the referees be? who should select them

The Research Process Ms. Marootian CP III - . where are we now?. at this point, you have chosen your social concern topic

Standard Grade PE Skills &amp; Techniques - . learning skills. recap from last week…. what is a skill? what is a

Good and Bad Ways to do Science - Brian d. josephson department of physics, university of cambridge

Read Sections 1.4 and 1.12 in the textbook before reviewing the slides - . unit 2. desirability quotient (1.4) critical

Sixth Grade Library Skills - . 6.3.5 understands the concept of plagiarism and the importance of paraphrasing.

Refereeing The Maul AARQ - QSRR - . refereeing the maul: what is a maul?. a maul consists of: at least three players the