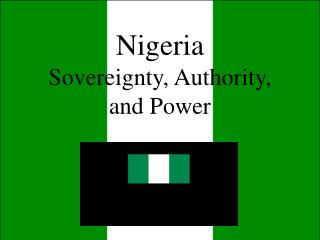 Nigeria - . the federal republic of nigeria. the nigerian states. nigeria at a glance…. geographic influences.

SOVEREIGNTY AND PARTITION 1912 TO 1949 - . leaving cert history. ireland at the start of the 20th century. ireland and

The political Arctic - . the canadian arctic. canadian interests in the arctic. security “nothing comes before that”

AUTHORITY CONTROL What You Need to Know to do it Yourself - . dana kemp (innovative interfaces, inc.) beth taylor (univ.

Power - . winnifred louis 15 july 2009. overview of workshop. review of the concept of power review of antecedents of

Structure of the presentation - Prospects for economic growth in nigeria: a demographic perspective nigeria: the next