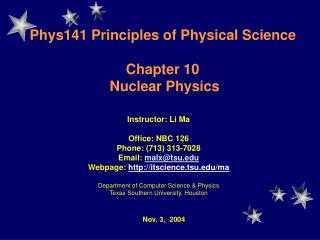 Chemistry, what’s Next?: Probability, Quantum Mechanics with Bioscience - (transcription factors in a cell).

Phonons The Quantum Mechanics of Lattice Vibrations - . what is a phonon?. we’ve seen that the physics of lattice