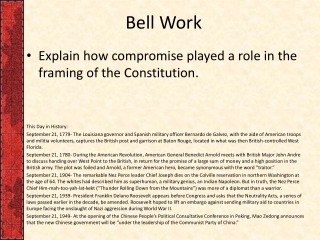 Bell Work. Explain how compromise played a role in the framing of the Constitution. This Day in History: