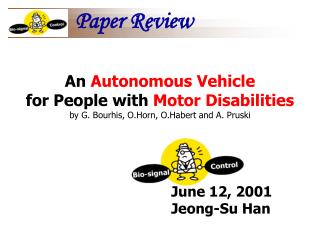 MCHCOM.COM PRESENTATION June, 2001 - This presentation will probably involve audience discussion, which will create