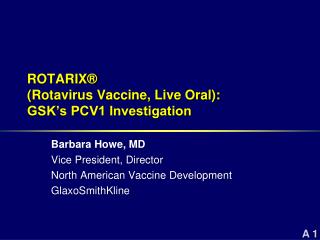 Use of conjoint analysis to assess HIV vaccine acceptability in three populations: - An innovation in the assessment of

Why is there still no effective HIV vaccine? - . ken legg mrc clinical trials unit. outline of presentation. why is there

Adult Immunization 2010 MMR Vaccine Segment - . this material is in the public domain this information is valid as of

Comparing Populations - . proportions and means. most studies will have more than one population. example the