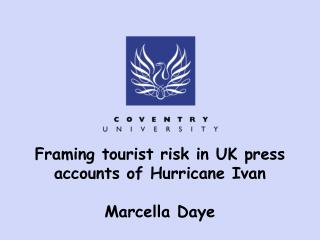 Do Not Press - . …the fourth return!! beware! this powerpoint presentation contains animations. do not press we have

The Joint Hurricane Testbed and the Visiting Scientist Program at the National Hurricane Center - . 8 december, 2008.

Risk Management in Banking - . an introduction to risk. risk management is the process of measuring or assessing the