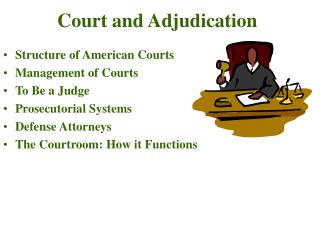 Adjudication Seminar - . sorry for the boring powerpoint. what does an adjudicator do?. decides which team, based on what

Adjudication hearing - . more than a million cases of alleged delinquency brought before the juvenile court each year

WATCH Adjudication Training - Welcome (or welcome back). please sign in!thank you! thank you for volunteering to be a

The Judging Pool and Adjudication - . the off-off-broadway community is the center of the process. show b. show x. show

Tender Adjudication and Contract Monitoring - . introduction. important each tender is unique. please ensure to read the