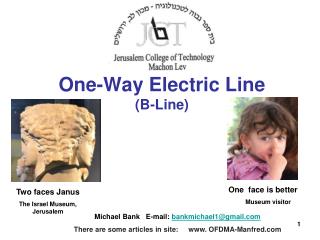 Mail Services - . pre-survey: how many server/client programs (or services) do you need to send and receive email?. 0 1 2

MICHAEL THE ARCHANGEL - . he is the chief of all the angels michael means “ who is like god ?” archangel michael

Welcome to Bank On Connecticut - . this class will prepare you to open and maintain your bank account! at the end of the

Electricity at Work Every electrical system must have three parts - As theatre enters the new millennium, it has become a

Jerusalem from above - . images from the pictorial library of bible lands , revised and expanded edition, volume 3.