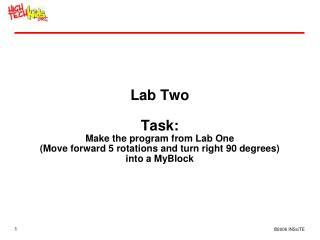 Lab Two Task: Make the program from Lab One (Move forward 5 rotations and turn right 90 degrees) into a MyBlock. Sensors. Data Input. Sensors. Allow your robot to detect the real world. Touch Has your robot made contact with something? Light Is the surface light or dark? Data Input - Sensors. data input. sensors. allow your robot to detect the real world. touch has your robot made contact

Data Input - . how do i transfer the paper map data and attribute data to a format that is usable by the gis software?

Basic Data Input - . to get started, you can give students binary data already in the r format. s ave() one or more r

DATA INPUT AND OUTPUT - . ec201- fundamental programming. objective. in this chapter, we explain how to use some of the

Input data for analysis - . users that have expression values (dataset 1_ chicken affy_foldchane.txt. can upload that