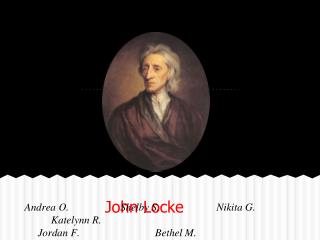 Welcome Academic Math Coaches! - . let’s mix it up! find a seat at a table. use the dot on your nametag to make sure

Locke - David walsh life and legacy: the elusive locke john locke (1632 – 1704) is arguable the most influential of