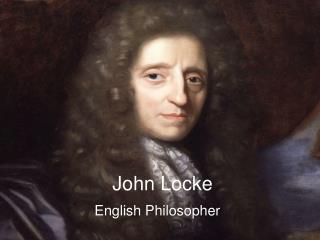 A Key to John Locke - . “civil government is the proper remedy for the inconveniences (inequalities) of the state of

John Locke - . the problem we all live with norman rockwell questions: 1. what is happening in this painting? 2. which

Enlightenment/John Locke - . catherine the great. 1. annexed part of poland 2. increased the size of the russian empire

JOHN LOCKE ENGLISH PHILOSOPHER 1632-1704 - . natural rights. people are born with rights given to them by their creator -

John Locke - . rajan bhangu , hitan , manraj. who is john locke?. jon locke was a son of a puritan lawyer john locke was