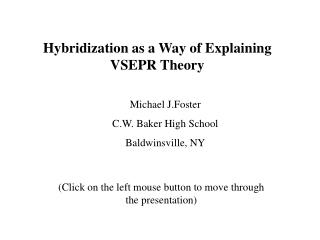 Hybridization as a Way of Explaining VSEPR Theory Hybridization as a Way of Explaining VSEPR Theory

The Shy Catholic: Catholic for a Reason Explaining and Defending - The catholic faith from scripture, tradition and the