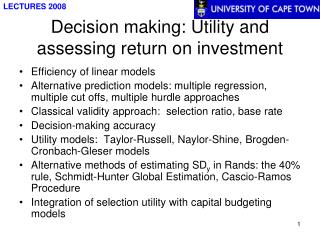 Decision Analysis - . prof. carl thompson cat4@york.ac.uk. what is decision analysis?. based on a normative theory of