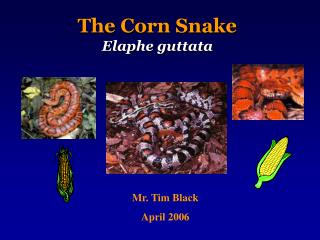 Snake by D.H.Lawrence - . a snake came to my water –trough on a hot , hot day , and i in pajamas for heat, to drink

The Life Cycle of a Snake - . by: jake and cole. how a snake’s life begins. many snakes lay eggs some give live birth.

Dust Cloud on the Horizon: - . avoiding the soil for oil trade-off. a word from the field. dan cotter district