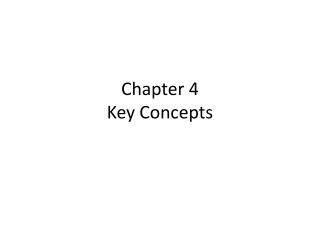 Key Concepts from Exercise 4 - . dem reconditioning as an example of quantitative raster analysis vector to raster

Key Concepts - . differentiation (what you do to an offering) : creating tangible or intangible differences on one or

Ch. 4-1 Mendel’s Work Key Concepts: What were the results of Mendel’s experiments, or crosses? - . discover activity: