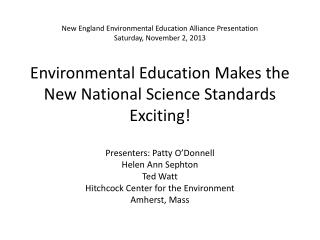 Michael Hoey (&amp; Matt O’Donnell) - The beginning of something important?: corpus evidence on the text beginnings

Why are we here? - . procedures for session. facilitators at each table 3-4 presenters followed by discussion during

Lime Hollow Center for Environment &amp; Culture: A Survey of the Perceptions of the Residents of Cortland - Ins