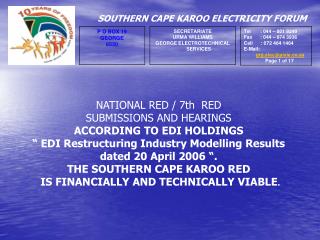 The Judicial Branch - . national judiciary. during the articles of confederation years, there were no national courts and

Disciplinary reports &amp; Hearings guidelines - . january 15, 2012. objectives:. you should be able to: describe the

CHAPTER 6 - . the three common approaches for calculating value at risk. introduction. var is a good measure of risk to