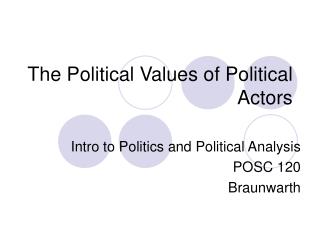 The Progressive Era - . 1. how did progressivism and organized interest groups reflect the new political choices of

Political Parties - . in today’s society …. a political party is a group of citizens who agree on major issues facing

POLITICAL PARTIES - . chapter 11. goal of political parties:. to get candidates elected! to mobilize voters and their