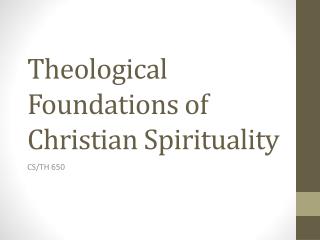 Plant of the day - . statement of purpose. iv. the mission of campbell university, as a community of christian scholars,

Chapter Eight SPIRITUALITY IN THE HOME - . i. presenting yourself before the lord. a. the tent and the altar. 1. your