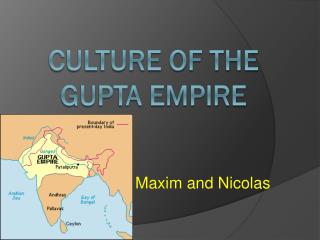 Culture of the Gupta Empire Maxim and Nicolas. Culture of the Gupta Empire. We are using P.E.R.S.I.A to find out more about Gupta Culture. . P – Power - How Power is distributed and how decision are made.

Culture of the Gupta Empire