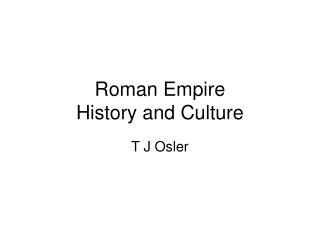 Roman Empire - . by: gabe sander and jordan stack. the rise of rome: etruscans. rome is believed to be founded in 753

Roman Empire - . reasons for the decline of rome. political. political office was seen as a burden, not as a reward the

Roman empire - . by kristian shala and alexa ryan. the downfall of