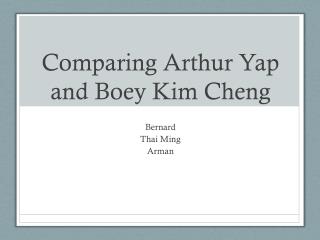 Chapter 8 Between the Wars Change and the Depression - . by: jacob and beatrice. in late 1918, a soldier name arthur

The Crucible Arthur Miller - . act one questions and answers. 1. what is the setting (time and place) of the play?