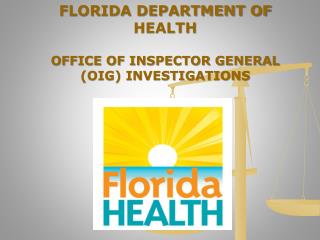 ONBOARDING - . starting you on your path to success. overview. deo history we all work together office of communications

Grant Compliance Risk and Responsibility Daniel Coney Office of Inspector General - . who we are. we are an independent