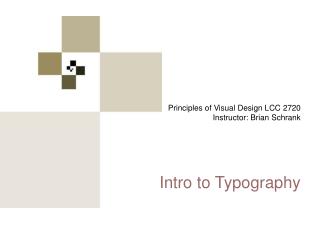 Principles of Game Design - . principles of game design. to improve the chances for success of a game, there are several

Principles of Landscape Design - . artistic (design) principles guide our artistic expression. some are abstract – they

Introduction to Programming and Visual C++ - Objectives in this chapter you will learn about: computer programming and