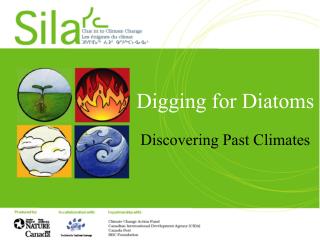 Digging for Diatoms Discovering Past Climates What are diatoms? Diatoms are beautiful single-celled organisms that live in glass homes made of silica. Their shells consist of two valves that fit together like a shoebox

Fifty Shades of the Common Core - Part 2: Stretching All Readers to Read Complex Text - In this presentation, i share

World War One - . trench warfare. the western front. the trench system. the trench. a british working party digging the

Re-digging the Wells of Abraham: What We Do In Our Worship - . we need to examine the wells of abraham in determining our

Archaeology - . by zohaib. basic facts. archaeologists use small tools like brushes to excavate artifacts. digging into

The Mole - The mole it's not a spy, a machine for digging tunnels, a burrowing animal, or a spot of skin pigmentation -